After Twitter released #Music on the web and iOS back in April, the service has been quiet. #Music is Twitter’s attempt at a music recommendation service where users can follow users who compile songs into playlists. The service also includes tons of charts with data about trending and emerging artists. #Music pulls songs from sources like iTunes, Spotify, Rdio, Soundcloud, Vevo, and YouTube so it doesn’t actually have a music catalog of its own. Another issue with #Music is that doesn’t take into account what your followers are listening to, which is a huge omission.

With the new #Music app for Spotify, free users and subscribers can stream songs in their entirety. Previously, users had to have a premium subscription to Spotify or Rdio to be able to stream whole songs. This feature doesn’t exist on the Twitter #Music website so users will have to make do with 30 second sample clips. 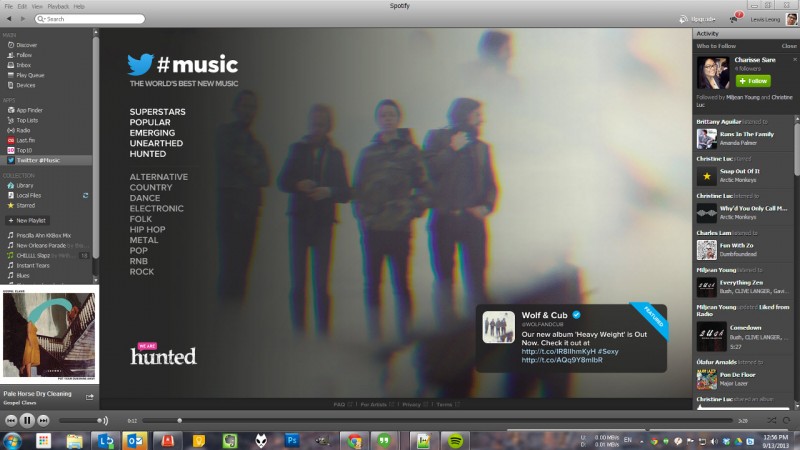 #Music for Spotify works exactly as it does on the web as its interface is identical. To get it yourself, click on this link.